Employment in Barbados inches higher in second quarter of 2021

BRIDGETOWN, BARBADOS — Barbados has become the latest Caribbean nation to evidence signs of a gradual recovery from the economic impact of the COVID-19 pandemic as newly released labour statistics show a slight increase in employment in the second quarter of 2021. 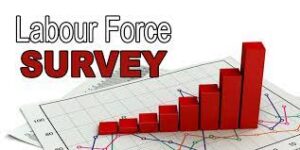 A closer look at the statistics shows that more men than women were employed during the survey period, with 85.9 percent of the labour force consisting of men while a comparable 82.2 percent were women. However, it also shows that men had a 67.5 percent participation rate in the workforce while women had just 58.1 percent.

The wholesale & retail trade industry employed the most Barbadians, with 15,400 of the 114,400 employed people working in this field. It was closely followed by public administration & defence, which employed 12,500; and accommodation & food services, which employed 11,400.

The BSS survey also shows a slight contraction in the number of unemployed individuals.

However, despite the labour force seeing some movement in the right direction, the battle against unemployment remains ongoing.

The BSS noted, “The unemployment rate for the second quarter of 2021 was 1.3 percentage points less than the rate of 17.2 percent recorded for the first quarter of 2021.”