KINGSTON, JAMAICA — Employment in Jamaica is poised to return to pre-pandemic levels within the next fiscal year, according to Director General of the Planning Institute of Jamaica (PIOJ) Dr. Wayne Henry.

In unveiling the PIOJ’s review of the country’s economic performance from July to September 2021, Henry outlined a positive outlook for the upcoming fiscal year and into the following one as well, granted Jamaica does not suffer from further major shocks such as another COVID wave or dire impacts from global supply chain challenges. 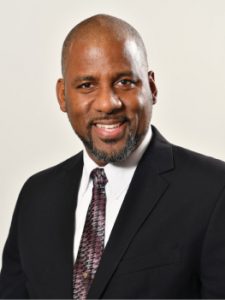 “Generally, the prospects are positive, given the impact of the easing of the previously implemented COVID-19 containment measures,” Henry said. “This has facilitated the resumption or expansion of economic activities in most industries.

“Additionally, the gradual opening up of the economies of Jamaica’s main trading partners supported higher levels of external demand, particularly for tourism-related services. Increased employment levels are expected to support greater domestic demand in the medium-term.”

“It should be noted however, that the longer it takes for the economy to recover, the more likely there will be economic scarring (e.g. permanent closure of businesses), where the most vulnerable will be disproportionately impacted.”

The PIOJ director also cited the most recent figures from the Statistical Institute of Jamaica (STATIN), which noted that employment had improved up to July 2021, with an additional 93,400 people employed as compared to July of the previous year, as well as the unemployment rate being down by 8.5 percent.

The Planning Institute of Jamaica (PIOJ).

During PIOJ’s review period of July to September 2021, the Jamaican economy “continued to recover”, he said, with most industries recording growth.

“Today, we are reporting an estimated real value added growth of 6.3 percent for the July to September 2021 quarter, relative to the corresponding quarter of 2020,” Henry noted.

He explained that the estimate “largely reflected” the relaxing of COVID-19 containment measures around the world, which gave rise to “a general uptick in economic activities”; increased operating hours for businesses, which in turn raised productivity levels; and also “higher levels of employment, as firms either resumed or ramped up operations”.

Planning Institute of Jamaica’s review of the country’s economic performance from July to September 2021 - https://www.pioj.gov.jm/wp-content/uploads/2021/11/DGs-QPB-26_2-speaking-notes_website.pdf