Govt. to expend some $35 million on bonus payments as act of compassion for civil servants and in an effort to stimulate cash flow in the economy

In his presentation, the prime minister publicly thanked “the many civil servants who work very hard in spite of the difficulties encountered over the last 21 months”, noting that “many of them were on the frontline and many of them were also on the backlines” in the fight against COVID-19. 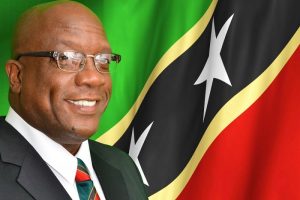 The announcement was met with a boisterous round of applause, after which Harris explained, “We do so for a number of reasons, but, importantly, we are a compassionate government.

“We appreciate that, and they need some help.”

Harris acknowledged that his government has made efforts to protect the jobs of some 10,000 workers by not laying off public sector workers amid the pandemic.

However, he said many of those individuals have become the sole income-earners in even their extended families, who now look to them for financial support, and as such, the government has made its decision to provide double pay “out of compassion”. 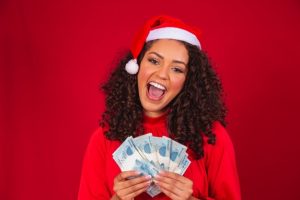 St. Kitts and Nevis now joins Grenada, whose government recently announced plans to expend some $17.6 million to provide public sector workers and frontline workers with a bonus of either an additional half of their monthly pay or double their monthly pay this month.

As he spoke to what his government hopes to accomplish by expending over $35 million on the initiative, Prime Minister Harris highlighted the responsibility of governments the world over to “very quickly get our economies back on track” and “prevent permanent scarring of economies”.

In this vein, he said, “We are hoping that by this generosity, by putting more monies into circulation, some $35 million-plus in circulation, that we will see the impact of this new wave of…demand in the restaurants, in the supermarkets, leading to higher demand for labour and for putting our people at work.”

Find the latest jobs in the Caribbean today with Caribbean Employment Services Inc.