PM Rowley says come mid-January, any government employee who is not vaccinated will be furloughed without pay

PORT OF SPAIN, TRINIDAD AND TOBAGO — Public sector workers will have a critical decision to make come the new year as the government will require every civil servant to either be vaccinated against COVID-19 or stay at home and not be paid.

The strict mandate was announced on Saturday by Prime Minister Dr. Keith Rowley, who said, “The government being the largest employer of labour, after almost two years and constant consultation on this matter…the government workplace is going to change. 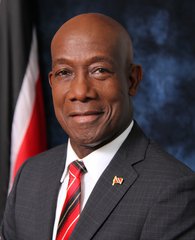 “It is the intention of the government come mid-January to insist that the government’s workplace would require vaccinated workers.”

Rowley said the government will “put things in place” to identify each employee’s vaccination status, “failing which you would not be encouraged in the workplace”.

The rule will not apply to individuals who are medically exempt from taking the vaccine, but for all other public sector workers, he explained in very clear terms the decision they will have to contend with over the holidays.

“If you are not in a position to come to the workplace, you would be on leave on your own and you would be furloughed, meaning that you will still have a job in the establishment, but you choosing not to be able to come to work under the conditions laid down, that you will then not be paid,” he said. 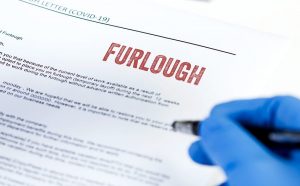 A draft furlough document about to be signed.

Prime Minister Rowley acknowledged the gravity of his government’s stance, commenting that “if ever a prime minister was called upon to act without fear or favour, malice or ill-will, that time is now and I will do so”.

Nonetheless, he maintained that his government will insist upon residents acknowledging “this nation’s policy that vaccination is our best way of dealing with this carrier of death and destruction”.

“If we say that you stay away because you don’t like the vaccination programme, and you’re paid, then we’ll generate 100 percent stay home,” Rowley said in defense of the mandate.

“That’s not what is called for.”

Addressing some of the most common conspiracy theories fueling anti-vaccination sentiment, he added, “Nobody is going to hold down anybody and inject the — and force the Bill Gates magnetic strip into you, or force you to not get into heaven when you pass the pearly gates — a bell will ring that you have the mark of the beast on you. Nobody’s going to do that to you.”

Find the latest jobs in the Caribbean with Caribbean Employment Services Inc.