“Only what is retained in an economy by the persons who live there really matters.”

COCKBURN TOWN, TURKS & CAICOS — While Premier Charles Washington Misick said the future of the Turks & Caicos Islands (TCI) is “all about the economy”, he highlighted that human capital development must play a critical role as the country seeks to maintain a sustainable tourism concept.

“My focus is on creating sustainability in terms of economic, social and environment,” Misick disclosed during a one-on-one interview at the 8th Annual International Multicultural and Heritage Tourism Summit and Trade Show.

“My focus is on human capital development through the major economic contributor to our GDP, and that is tourism. 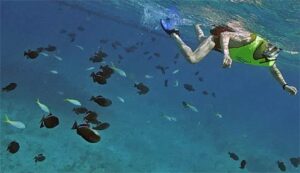 “Turks and Caicos is probably the second most tourism-dependent nation in the world after Macau, so we’ve got to make sure it is sustainable, and sustainability means nothing if it’s not going to focus on profit, people and place — and that’s where my focus is.”

The premier expressed optimism in TCI’s future prospects as he underscored not only his government’s attentions to the economic wellbeing of its citizens, but also its intention to ensure local workers get their fair share of the tourism pie.

“I do think Turks and Caicos has a fantastic, fantastic future. We’re making huge investment in the social services area,” Misick said.

“Like I said, human development has to be key — education, first-class healthcare [and] diversification for small and medium-sized enterprises so they had linkages back from the tourism sector, from arts and crafts, architecture, agriculture, fishing.

“Only what is retained in an economy by the persons who live there really matters. Most of our economy has huge linkages. Supplies have to be imported; in my case, labour. 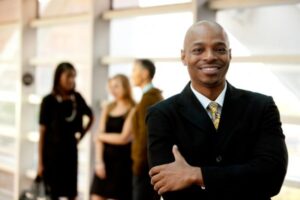 “So, I want us to be careful that the velocity of money just goes around, even just about one time, and then it goes back out like a suction pump; it goes right back out again.

“We need small business opportunities and small business investment to create a velocity before it actually sucks back out and I think a lot of countries in the Caribbean have experienced the lack of that multiply effect in their economy because of COVID.”