BRIDGETOWN, BARBADOS — The World Bank has given the Caribbean labour market its nod of approval in its most recent report, released just last week.

That report ventured to ask, “Is the region back to normal?” and the World Bank answered a resounding “yes”.

“As the COVID-19 crisis recedes, Latin America and the Caribbean (LAC) is back to work and looking forward,” the World Bank noted. “The economies of Latin America and the Caribbean are in reasonably sound condition and doing better than many other regions.”

It added, “As the region leaves the pandemic behind…labour markets are returning to their pre-pandemic levels.”

This represents a glowing commendation from the global organization, which previously projected stunted growth and a challenged labour market until at least 2024.

“LAC has largely recovered from its particularly severe employment losses during the pandemic,” the report outlined.

In particular, it acknowledged the pandemic’s “devastating economic effects” that “paralyzed” the Caribbean’s tourism sector — its major source of jobs and economic activity.

Given the near-crippling of tourism, which led to uphill challenges to recover, as well as its previous projections, the World Bank granted that the Caribbean and Latin America have recovered better than expected.

“With COVID-19 receding in most countries,” its report read, “the economies of Latin America and the Caribbean are in reasonably sound condition and doing better than many other regions.”

It added, “Poverty levels have largely receded to previous levels.”

However, not all was rosy in the World Bank’s picture of Caribbean jobs.

It noted that some of the major challenges it previously encouraged regional governing bodies to address — particularly informal labour — have not improved but instead merely reverted to their pre-pandemic states.

As such, while the World Bank conceded the region’s fairly quick bounceback from 2020, it also compared that to 2019. 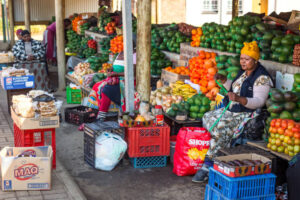 Informal labour has not improved over 2019, according to the World Bank.

“Labor markets have largely recovered and remain structurally unaltered, with no overall increase in informality, underemployment, or unemployment,” read the report.

It added, “Employment appears to have largely returned to pre-COVID levels and there does not appear to have been a longer-term rise in informality, including for women, or underemployment.”

In fact, according to the World Bank, “In the past three years, the distribution of the workforce across types of jobs has changed relatively little.

“Self-employment and informality overall are at 2019 levels.

“At the same time, underemployment is currently lower for most countries.”

Based on these findings, the organization concluded, “In most countries, gross domestic product (GDP) and employment have fully recovered their 2019 levels, although forecasted growth rates might be said to be ‘resiliently mediocre’.”