THE VALLEY, ANGUILLA — Nearly two years into the ongoing COVID-19 pandemic, and the economic ravages left its wake, the Anguillan government is maintaining that it will not budge on a decision not to make cuts in the public service.

This despite such cuts being suggested by the former administration, now the opposition, and alleged pressure from governing powers in the United Kingdom. 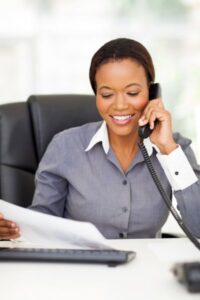 A young office worker on the phone.

In public defense of his stance against it, Anguilla Premier and Minister of Finance Dr. Ellis Webster asserted that the public service is what is keeping the nation’s economy going in times of unprecedented financial struggle.

“To cut the salaries of the public service would cause irreparable harm to Anguilla,” he said.

The premier insisted that the public service has been “carrying the bank, the supermarkets, the hardware stores…and for me to cut their salaries when this is going on, I think that would slow down the economy even more than it is”.

“So, I will hold off for as long as I can to not cut the public service salaries,” he said.

Webster acknowledged that a five percent salary cut for the public service had already been suggested by the former administration, but maintained that he does not support the idea.

“I still think when you run the numbers and you look at what the salaries are for the public servants — who haven’t had a raise in over 11 years, who still have deferred salaries that are pending — I think that the sacrifice is real and I will continue to hold to that, and the administration is in full agreement to that. 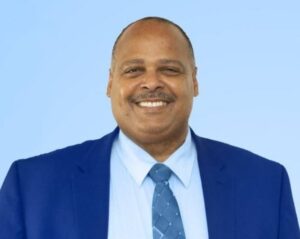 Additionally, Webster committed his government to continuing initiatives to provide support to local workers. He pointed to one such programme whereby low-interest-rate loans with deferred payment periods were facilitated for ferry boat operators, adding, “Hopefully, as things improve, we can then make sure we incentivize other businesses.

“We did make a [provision for] the ferry boat operators to do loans, low-interest, with the deferred payment period to help them along right now. We want to be able to do that for other industries as we go along.

“We want to incentivize fishing, farming [and] light manufacturing to make sure that we can get the country fully on track.”