SAINT JOHN’S, ANTIGUA & BARBUDA — Caribbean jobseekers who are open to relocating for work could possibly have an easier time finding a job in Antigua & Barbuda in the future.

This is thanks to a new policy by the government, which has decided to end work permit requirements for nationals of CARICOM Member States as well as the Dominican Republic. 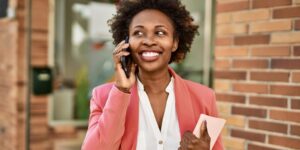 Antigua's new policy aligns with what CSME aims to achieve.

Antigua and Barbuda already does not require workers from Organization of Eastern Caribbean States (OECS) Members to have work permits.

Now, it has taken that a step further in extending to the whole of CARICOM.

The new policy was announced just recently, but took effect at the start of this year, on January 1, 2023.

It could bring Antigua one step closer to seeing fulfillment of the long-anticipated, and highly debated, CARICOM Single Market and Economy (CSME).

CSME, if eventually enacted, would allow for the free movement of skilled workers, services and goods throughout agreeing member states.

While it was first introduced in 1989, CSME has yet to be fully implemented.

However, Antigua’s new policy on the matter certainly resembles what CSME aims to achieve.

Good news for jobs in Antigua

In an official statement announcing the change, the government said the decision was made in line with the kind of labour integration that CSME would bring about.

“The government of Antigua and Barbuda, consistent with its obligations under…the CARICOM Treaty, has decided to eliminate the requirement for work permits for nationals of CARICOM Community countries who are gainfully employed in Antigua and Barbuda, effective January 1, 2023,” it said. 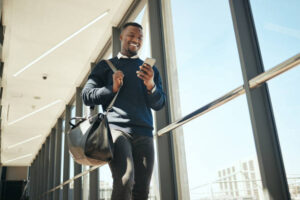 The removal of work permit requirements is meant to support integration within the Caribbean.

“The government has also decided that, in keeping with Antigua and Barbuda’s commitment to the economic integration of the Caribbean region, the elimination of work permits for persons who are gainfully employed will be extended to people from the Dominican Republic.”

Additionally, nationals from CARICOM Member States and the Dominican Republic who already have jobs in Antigua will no longer be required to pay for their work permits, the government revealed.

As such, the government waived “all unpaid work permit fees [that] were due up to December 31, 2022”.

“This means that all nationals of CARICOM countries and the Dominican Republic who are now in Antigua and Barbuda and are gainfully employed will not be required to pay for a work permit,” the government noted.

“These decisions are an acknowledgement of the role that our Caribbean brothers and sisters have played, alongside native Antiguans and Barbudans, in the development of our country; and the need for labour as our economy expands.”