GEORGETOWN, GUYANA — Guyana, dubbed the fastest-growing economy in the world for 2022, will need 160,000 more workers to keep up with its economic boom. 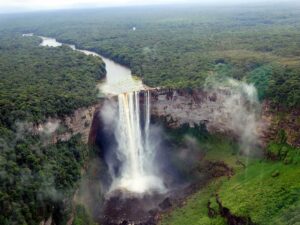 Guyana is believed to be one of the fastest-growing economies in the world.

This is according to the Migration Policy Institute (MPI), which proposed that the Guyanese government look to three key sources for skilled labour: the diaspora, Venezuelan labourers and workers from other CARICOM member states.

In a recent feature, MPI explained that “while most countries experienced massive economic losses because of the COVID-19 pandemic, Guyana’s economy boomed”.

According to the MPI, this was due to “major discoveries in the oil and gas sector and indirect impacts on other sectors, including tourism, services, and manufacturing”.

“The trend is expected to continue, with an estimated real GDP growth of 47.9 percent in 2022, making Guyana’s economic growth the fastest in the world,” the institute outlined.

However, while this growth spells good news for Guyana’s economy, the MPI projected that its labour force would not be able to keep up with the pace. 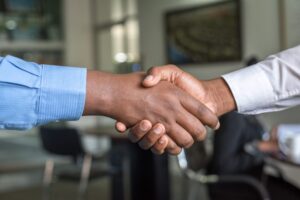 “To sustain its economic growth, Guyana is estimated to need at least 160,000 additional workers,” it said.

“Even if the country were to harness all unemployed, underemployed and discouraged Guyanese workers, domestic supply would only amount to 63,500 workers.

“As a result, the IOM (International Organization for Migration) estimates that Guyana will need to attract, at a minimum, 100,000 workers to realize its full growth potential.

“This is particularly the case given Guyana’s loss of most of its skilled workforce.”

Who to hire for Guyanese jobs?

Given this projected labour shortage, the MPI said, “To meet its labour needs, Guyana could most directly turn to three major labour supply sources: the Guyanese diaspora, Venezuelan migrants, and CARICOM nationals.” 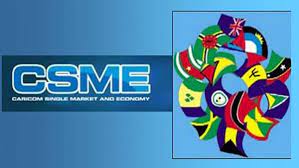 The CARICOM CSME could be a boon for Guyana's projected job growth.

With regards to the Guyanese diaspora specifically, the MPI noted, “First, given the size of the highly skilled diaspora, the Guyanese government could encourage the return of diaspora members through the development of robust return incentives.”

It noted that such a programme is already in place, recommending that the government build on this to get even more Guyanese diaspora to return home.

Although this programme has long been in development and yet to get off the ground fully, the MPI asserted it would be a tremendous boon for Guyana’s labour market.