GEORGETOWN, GUYANA — There could be a surge of jobs in Guyana right around the corner as the lucrative oil and gas industry is set to expand.

This is according to Natural Resources Minister Vickram Bharrat, who encouraged residents to be prepared to take advantage of the economic opportunities that will come. 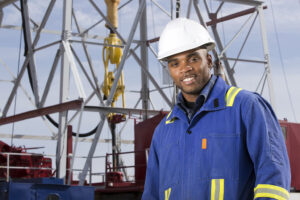 According to the government’s records, the oil and gas sector employs more than 4,000 Guyanese people.

But Bharrat said the Ali administration is seeking to increase that figure through job opportunities and appropriate training initiatives.

The current administration has undertaken an aggressive push to create jobs in Guyana and secure employment for its residents.

This includes a part-time job initiative that was launched in several regions and is set to employ thousands. 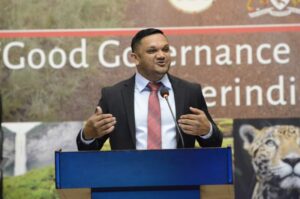 Guyanese Minister of Natural Resources Vickram Bharrat is encouraging residents to take advantage of job opportunities in the oil and gas sector.

Minister Bharrat specifically addressed the country’s indigenous community, urging them to seek employment in the oil and gas sector, or take advantage of indirect jobs resulting from its boom.

“There are numerous areas indigenous Guyanese could venture into,” he said, “which will enable them to access opportunities from the booming oil and gas sector.

“Among those areas are food supply, catering, ground transportation, security services, accommodation, janitorial, local insurance and laundry services, and these could increase as the need arises.”

Indeed, the government has expressed its intention to “train thousands of Guyanese at every level to create a national workforce to chart the future direction and effectively manage the sector”.

This is in line not only with the Ali administration’s ambitious employment goals, but also with the recently passed Local Content Act and the cry of the Guyana Agricultural & General Workers Union (GAWU) Oil and Gas Branch to ensure that local workers are not sidelined in this sector. 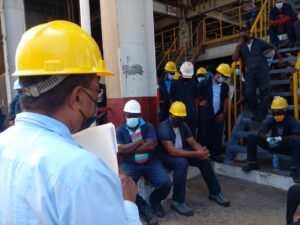 Bharrat expounded on the Local Content Act driving employment of residents in Guyana, pledging that it could be adjusted as needed to maximize the number of locals employed in a given sector.

The Local Content Act “ensures Guyanese are given equal opportunities and access in the oil and gas industry, and local businesses, maximum benefits”.

“We have a golden opportunity right now as a country…” Bharrat said.

“The oil and gas sector will only grow, and the more it grows, the more people you need to work and with the local content legislation, companies would have to hire Guyanese people.”