New hotel development to create hundreds of jobs in Guyana

President Ali expects more than 1,000 direct and indirect jobs to be created

GEORGETOWN, GUYANA — President Dr. Mohamed Irfaan Ali has revealed that some 800 direct and 500 indirect jobs in Guyana will be created as a result of a new hotel that will be opening on Guyana’s east coast in a few years' time.

This comes as his government has kept up with several programmes aimed to provide jobs for the Guyanese people across all regions. 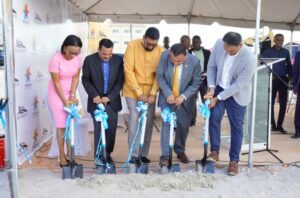 The Ali administration expects a new hotel development to create 800 direct jobs and 500 indirect jobs in Guyana once it's completed in a few years' time.

A statement by the government confirmed, “Over 800 jobs will be made available to persons living along the east coast of Demerara, with the construction of an approximately GYD$9 billion hotel investment by Pasha Global and Blue Bridge Inc.”

Further, the statement added, “In addition to the 800 jobs that will be created, another 500 persons are going to gain employment indirectly as a result of this investment.”

But the government is also launching a training initiative on top of the boost in jobs, so that even more residents can be well-equipped for roles in the hospitality industry.

“Our aim is to train 6,000 persons in the hospitality industry, so by the time these hotels are ready to open their doors in two to three years down the road, we will have 6,000 persons ready to take up these jobs.”

The president also explained that his plan is for demand to drive a boost in jobs in Guyana. 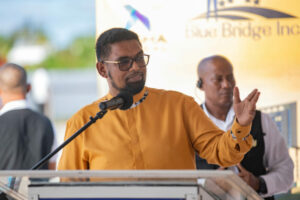 “It’s not just about delivering sand on the site,” Ali said.

“Once demand is created, jobs are created.

“Once jobs are created, more money is available.

“[Once] more money is available, there is greater need for goods and services.”

But President Ali also explained that even this agenda is intricately linked to his administration’s plan to “invest heavily in tourism”.

Additionally, he said that with an upcoming reduced cost of energy, the manufacturing sector is expected to “boom” in Guyana, and jobs along with it. 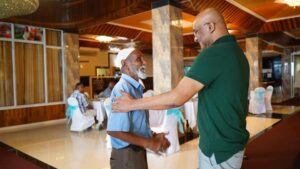 For the better part of this year, Guyana’s government has been securing jobs for its citizens at every turn.

The lion’s share of those employment opportunities have been through a part-time jobs programme launched in several of the country’s regions.

Minister of Natural Resources Vickram Bharrat also recently hinted at a surge of jobs to come in the oil and gas industry, which is rapidly expanding in the country.