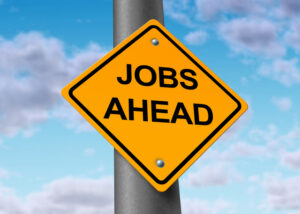 The government of Guyana is following through on a promise to create 50,000 jobs for its citizens.

GEORGETOWN, GUYANA — The Ali administration is leading the way when it comes to producing jobs in Guyana, steamrolling ahead in recent months as it creates thousands of jobs for its residents.

The Guyanese government’s most recent addition to its steadily growing arsenal of jobs for local workers comes in Region Two, where a programme was launched just yesterday for some 2,000 jobs to be created in that area.

This latest launch is just one part of a larger initiative the government has been rolling out in recent times as part of what it has frequently termed as an “aggressive” approach to ensure residents have gainful employment.

Fulfilling a promise to provide 50,000 jobs in Guyana 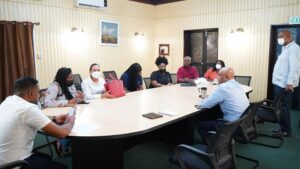 Guyana’s efforts are commendable given the region’s current economic climate. Many Caribbean nations are still recovering from the devastating impact of the COVID-19 pandemic and the effects of climate change.

Unemployment in the Caribbean, and especially the high rates of informal labour, remain a challenge, with international bodies like the Economic Commission for Latin America and the Caribbean (ECLAC) predicting formal employment would be a challenge for the region as a whole this year.

The Ali administration’s approach is also commendable in being a tangible effort to follow-through with a campaign promise made to the Guyanese people in 2019 for 50,000 jobs to be created during this term.

Thousands of jobs launched throughout Guyana in recent months 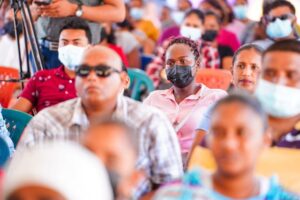 What was originally promised as 800 jobs for Region Two in Guyana has grown to 2,000 jobs after overwhelming interest.

For Region Two particularly, the government originally announced back in March of this year that some 800 part-time jobs were to be launched.

But after receiving an overwhelming 2,500 job applications, the government decided to increase the number of jobs available and ensure as many Guyanese as possible would be gainfully employed.

According to a government statement, “Following this overwhelming interest, government has taken an aggressive step to provide some 1,200 additional part-time jobs along the Essequibo Coast, making way for 2, 000 residents to gain employment through the massive recruitment drive.

“The successful applicants signed their one-year contractual agreements today and will begin working from June 1 to May, 2023.

“The employment drive caters for one person per household to be employed, with the long-term intention to hire as many persons as possible.”

The part-time jobs could be in any number of industries, including health, agriculture, education and local government, and workers can earn up to GYD$40,000 per month.