GEORGETOWN, GUYANA — Many countries in the Caribbean have spent the last two years focusing on how to restore their economies as well as recover jobs and make them more resilient after the pandemic. 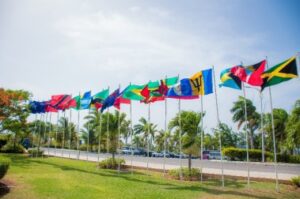 Caribbean economies are looking to recover from COVID and restore jobs.

However, the United Nations Economic Commission for Latin America and the Caribbean (ECLAC) has zoned in on two industries in particular that are loaded with the potential to stimulate regional economies and create job opportunities if developed properly.

In particular, the ECLAC gave a nod to the oil industry, which has been booming in Guyana.

Thanks to the nation’s oil and gas sector, Guyana actually fared far better than most Caribbean nations amid the pandemic.

While tourism faced a major crisis and near-complete shutdown, crippling many tourism-dependent Caribbean countries, Guyana was able to thrive with its oil economy.

However, the ECLAC also highlighted the pharmaceutical industry, which would represent economic diversification for Caribbean countries as it has not quite been developed to a massive scale in the region to date.

Investments in the oil sector 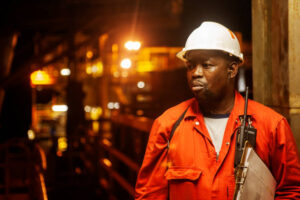 The ECLAC said the oil industry continues to provide dozens of jobs in the Caribbean.

The ECLAC acknowledged, “The oil sector has been important for employment and incomes in the region, and in some countries, there is heavy fiscal dependence on the fossil fuel sector.”

However, it argued that Latin America and the Caribbean could be poised to take this even further and “become a global hub for renewable energy” as it is receiving significant investment.

“International investors are interested in the region,” the ECLAC added.

“Since 2005, more than US$ 158 billion of FDI (foreign direct investment) projects in renewable energy have been announced.”

To this end, the organization said that while there are “enormous challenges” relating to the oil sector, it also has major potential for opportunities. 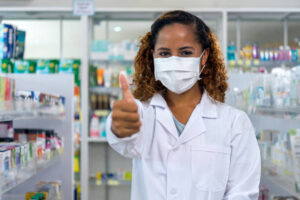 A pharmaceutical industry could also create job opportunities in the Caribbean.

Turning its attention to a new industry, the ECLAC said a pharmaceutical sector could have a twofold benefit for the region.

The ECLAC report noted, “The pharmaceutical sector is strategic for Latin America and the Caribbean because of its importance in two areas central to the socioeconomic development of the region…

“Its impact on public health, and its importance as a technology-based industrial sector, with considerable potential for the creation of capacity, value and employment and the attraction of investment.”

However, the organization granted that “for the region as a whole, the share of the pharmaceutical industry in output and employment is still small — 0.4 percent of total GDP and 0.2 percent of employment”.

Nonetheless, it asserted that Caribbean nations could benefit from expanding this industry in the future.