ECLAC highlights need for more formal jobs in the Caribbean

Most job growth over the last year was informal, UN group finds

BRIDGETOWN, BARBADOS — Informal jobs in the Caribbean are plaguing the region’s labour market, according to the United Nations Economic Commission for Latin America and the Caribbean (ECLAC).

In its latest report on the economic outlook for Latin America and the Caribbean, the ECLAC highlighted the lingering effects of the COVID-19 pandemic, particularly on the labour market.

It concluded that while there has been a steady recovery of jobs since the pandemic struck, most of those jobs have been in the informal sector. 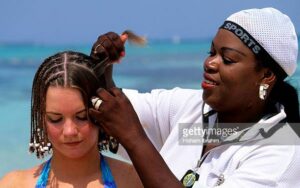 Although it speaks highly of the Caribbean spirit to quickly recover from even the worst economic turmoil by finding an honest means of living however necessary, informal jobs are not the success story of resilience they appear to be.

This vulnerability is compounded by the fact that most categories of informal workers are already those who are most vulnerable in society, and who could most benefit from the security of formal employment.

While formal employment provides workers with financial security in the form of stable income, health and other insurance coverage and even guaranteed pension, informal labour often fails to provide workers with this support.

Hence the urgent need, the ECLAC argued, for the immense prevalence of informal jobs in the region to be addressed. 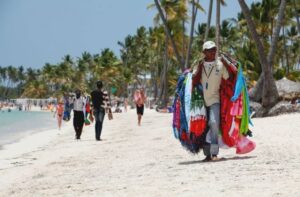 The ECLAC, in its report, conceded that employment in the Caribbean and Latin America “showed a strong upturn at the end of 2021”.

However, it added that this “partial recovery of employment has occurred mostly in the informal sector, which accounts for around 70 percent of net job creation in several countries in the region”.

“The recovery of employment driven by the informal sector is a sign of great vulnerability, over the long term, to the risk of falling into poverty or to the effects of inflation, given the lack of access to social protection mechanisms and a high level of job insecurity,” the ECLAC noted.

Further, it added, “Projections indicate that the future of the region’s labour markets remains complex and uncertain, with slowing growth in the number of employed, as well as an increase in unemployment and labour informality.”

To help combat this concerning trend, the ECLAC strongly recommended governing bodies to increase training programmes that would help residents qualify for jobs in the formal sector, among other initiatives.