Ministry of Labour, ILO gives grants to informal sector workers to pursue their dreams of owning their own businesses

KINGSTON, JAMAICA — More women are now equipped to make the leap from having informal jobs as domestic workers to being their own bosses as a grant from the Ministry of Labour and International Labour Organization (ILO) ushers them into full-blown entrepreneurship. 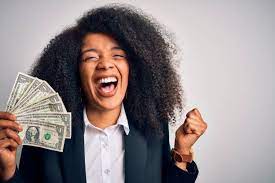 This move is commendable especially as global organizations like the Inter-American Development Bank (IDB), World Bank and the United Nations’ Economic Commission for Latin America and the Caribbean (ECLAC) have urged Caribbean countries to address the informal job sector.

The informal sector encompasses individuals who are not on a formal payroll, such as street vendors or those who perform “odd jobs” like washing cars or outdoor labour for cash.

In the case of Jamaica’s new grant recipients, the women were all previously domestic workers, but they can now benefit from more formal employment that could be their ticket to a more stable economic future.

Informal jobs among the most susceptible to crises 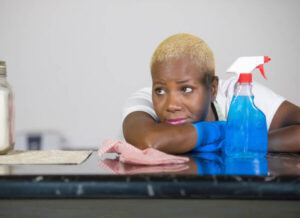 Women have been disproportionately impacted by the COVID-19 pandemic.

Jamaica’s government drew attention to the vulnerability of workers in the informal sector, with the challenges being compounded for women, who are also expected to perform unpaid labour in their own households.

“More than 45,000 female domestic workers in Jamaica are engaged in informal work,” the government said, “and they have been among the hardest hit during the various waves of the pandemic, to date.

“Domestic workers are among the most vulnerable groups in Jamaica as it relates to informality.”

A better future for domestic workers 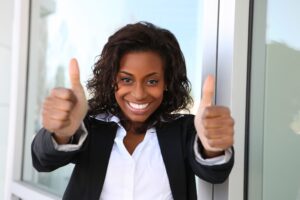 Fifty former women domestic workers can now become entrepreneurs thanks to a grant.

Elaborating on the grants, the government of Jamaica said, “Approximately 50 female domestic workers are to benefit from small entrepreneurship grants under a partnership between the Ministry of Labour and Social Security and the International Labour Organization.”

The government also noted, “The support will enable the female domestic workers to engage in formal business activities that generate additional income to supplement their livelihood and ultimately reduce their economic vulnerability.

“They will also benefit from basic training through the Ministry’s Education and Entrepreneurships Grants Programme (E&EGP).”

Awardees were determined based on their economic need, the assessed viability of their businesses and the expected long-term economic benefits to be gained.