CAPRI: Women account for most jobs in Jamaica — paid and unpaid

KINGSTON, JAMAICA — By and large, whether paid or unpaid, women take the lion’s share of work and jobs in Jamaica, according to a recent study published by the Caribbean Policy Research Institute (CAPRI).

The study brooks no argument that the nation’s women are working hard in all aspects of their life — sometimes to the detriment of their actual salary-earning careers.

Women take the lion's share of jobs in Jamaica, both paid and unpaid.

This follows the most recent labour force survey from the Statistical Institute of Jamaica (STATIN), which likewise confirmed women took the lion’s share of jobs in Jamaica, driving up employment rates and accounting for most of the increase in service jobs as well.

STATIN’s data is particularly noteworthy as it has recorded consistently increasing employment figures since the start of the COVID-19 pandemic two years ago, showing Jamaica’s rapid recovery.

The data, combined with CAPRI’s findings, suggest Jamaican women may well be at the forefront of the country’s recovery both on an economic and domestic level.

When calculating an estimated, conservative figure of how much unpaid labour women in Jamaica shoulder, CAPRI found the value of domestic unpaid care to be “twice the value of agriculture” in the nation.

This finding is significant especially considering that Caribbean care workers have been in demand overseas. 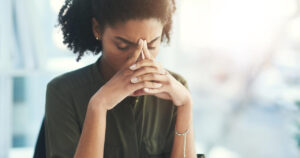 Jamaican are doing double duty when it comes to labour, despite being less well off.

Alongside CAPRI’s estimates that value unpaid care work at higher than even agriculture in Jamaica, the question remains how much better off some Jamaican women may have been financially had they been being paid for their labour.

“Jamaican women participate more and spend more time in unpaid care and domestic work than men, irrespective of their consumption quintile, age group and the region that they are from,” according to CAPRI.

“Further, their workload with unpaid and paid work combined is heavier than that of men.

“Women do more work, of all types, than men do, despite being less well off.

“This double burden of paid work and unpaid care duties not only increases their total working hours, but it reduces their time for rest and recreation, and their overall well-being and quality of life.”

To remedy this situation, CAPRI suggested that governing bodies implement programmes to support Jamaican women in the workforce especially.

The organization suggested that doing so can have a tremendous positive impact on the entire country’s economic well-being.

“This would lead to their increased earnings and, by extension, their social and family’s well-being, and ultimately economic growth at the national level.”