More than 30 new hires made; final day of fair to be held this Saturday

GEORGETOWN, GUYANA — A three-day career fair organized and hosted by Guyana Shore Base Inc. (GYSBI), which is looking to hire some 150 people, is off to a great start, as some individuals have already been hired on the spot.

The first two days took place over the weekend, on October 9 and 10, and the last chance for prospective new hires to put their best foot forward for this tranche of hiring will be this Saturday, October 16.

GYSBI is the shore base provider for ExxonMobil — one of the largest oil and gas companies in the world. According to its director, Robin Muneshwer, GYSBI already employs some 470 people in Guyana, with 90 percent being local Guyanese. 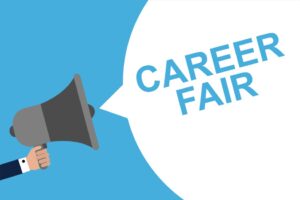 “We’re in rapid expansion mode, as we have been from the time we started, so we are now in the process of filling another tranche of employment,” Muneshwer said.

“The way it works is that every time we complete a project — a project being a warehouse or a berth — we would then go out and hire people for that job.

“So, it’s not a continuous period of employment; it goes in quantum leaps, and we have that stage right now.”

The GYSBI director emphasized that the event is a “career fair” rather than a “job fair” because new employees will be entering the oil and gas industry, which he believes “will be a premier industry in Guyana for decades”.

Additionally, while experienced workers are highly sought-after, the company is keen on applicants who possess certain qualities that lend to strong work ethic. 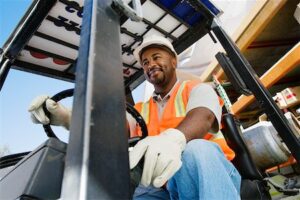 Most of the positions being recruited for are operations-based, including roles like forklift and crane operators, mechanics, welders, auto electricians and truck drivers, with very few administration positions available.

But Muneshwer highlighted that interest has been high, stating, “The initial response has been overwhelming before the job fair has started. We’ve already closed 30 jobs and we had to abate it because we have the job fair coming up.”

He added, “The career fair is something new we’re doing. We’re looking to see what’s out there.”

Browse jobs in Guyana and the wider Caribbean now at MyCaribbeanJobs.com.