ROSEAU, DOMINICA — The government of Dominica has earmarked some $30 million to be made available as low-interest-rate loans to small and medium-sized businesses that were affected by the COVID-19 pandemic.

Prime Minister Roosevelt Skerrit made the announcement during a televised “One-on-One” session, during which he noted that the initiative was devised after an initial government assistance programme ended up oversubscribed.

He said, “As you know, last year we did put in the aid bank some resources, funds, to help small businesses that were affected by the pandemic and that went very well; it was oversubscribed. 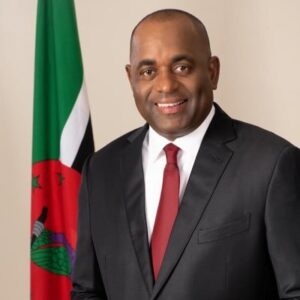 “It was initially a $5 million amount and then it was oversubscribed and what we have done is to provide the additional funding to cover the number of people who applied beyond what we had originally approved, committed to, because we recognize that small businesses during this pandemic have been the most affected — and we also provided support to bus drivers and taxi operators and tour operators as well.

“There was a commitment made by the government to provide some $30 million over a three-year period through the aid bank to lend to small businesses…but we have decided to advance this amount in one year.”

While Skerrit acknowledged that there has been “some delay” in getting the loan initiative off the ground, he said he hoped for it to come to full fruition soon for the benefit of the small business community.

“There has been some delay in terms of the submission of necessary documents and approvals,” the prime minister said. “So, we’re nearing that process and it’s taking longer than I would have liked…

“I’m hoping that we can conclude on this very soon so this $30 million can be made available to the aid bank to be on lend to small and medium-sized enterprises in Dominica.