PM Holness: Focus is on securing jobs for Jamaican youth

KINGSTON, JAMAICA — Hundreds more construction jobs in Jamaica are about to become available, particularly for unskilled and general workers.

This was announced by Prime Minister Andrew Holness over the weekend at the groundbreaking ceremony for the US$274.5 million Montego Bay Perimeter Road otherwise known as the MoBay Bypass.

The prime minister said this was the result of an agreement between Jamaica’s Ministry of Economic Growth and Job Creation, Human Employment and Resource Training/National Service Training Agency (HEART/NSTA) Trust and the China Harbour Engineering Company (CHEC), who is developing the project. 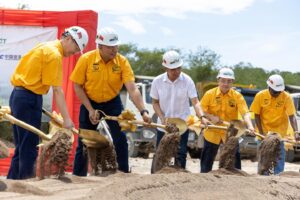 According to Holness, “We have created a parallel structure with China Harbour and HEART NSTA to ensure that the labour that is used on this project is 90 percent local for unskilled or general workers, and that there is a training component.”

He emphasized that the training component is critical to ensuring the initiative does not, in essence, give a man a fish rather than teach him how to fish.

With this employment drive, it will not be the case that workers are “supervised and then that’s it”, said Holness.

“They will be certified so that after this project, they can move on to another one,” he added.

“They can go onto one of the eight hotel projects that are lined up along this coast.”

The prime minister did acknowledge that Jamaicans may not be able to fill as much as 90 percent of the new construction jobs as he revealed the country is currently facing a labour shortage. 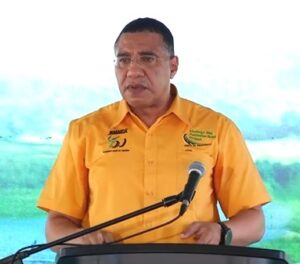 However, he asserted that this project will reserve at least 50 percent of technical jobs for local workers.

Additionally, he said where Jamaica does not “have the capacity for the 50 percent”, the programme would pair a foreign expert worker with a local trainee to ensure a transfer of skills.

In a later social media post, Prime Minister Holness also said some 500 Jamaicans who take on these construction jobs will be trained and certified.

Holness noted, “On Saturday, we signed a memorandum of understanding between the China Harbour Engineering Company and the HEART Trust/NSTA to train and certify approximately 500 Jamaicans to provide skills such as electrical work, carpentry, equipment operation, masonry and general construction skills on the Montego Bay Perimeter Road.”

To this end, he underscored that his government is “going to be targeting the employment of our youth, in particular”.

Digital services jobs in Belize get boost from IDB

CAPRI: Women account for most jobs in Jamaica — paid and unpaid