BASSETERRE, ST. KITTS & NEVIS — As it debates its budget for the new fiscal year, the government has pinpointed six key areas for development to facilitate job growth in the year ahead.

Some of the areas identified include novel industries as the government seeks to diversify its economy, as has become a popular talking point in the region in light of the COVID-19 pandemic. 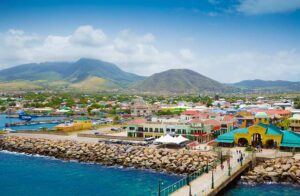 SKN's strong tourism recovery has empowered it to diversify its economy.

However, the government also plans to bolster tourism rather than reject it wholesale, acknowledging that it continues to play a critical role in providing jobs for citizens and residents.

Speaking on the initiative in the House of Assembly, Prime Minister and Minister of Finance Dr Terrance Drew said, “The government of St. Kitts and Nevis has earmarked six key sectors for diversification and growth opportunities.

“Among the six key sectors are agriculture, the medicinal cannabis industry, construction, tourism, manufacturing and the Citizenship by Investment (CBI) Programme.”

As he explained the reasoning behind including tourism on that list, the prime minister noted the industry’s strong rebound after the pandemic.

He said that, despite this rebound, “economic diversification is an essential feature of development”.

However, he added that it is also because tourism is recovering so strongly that St. Kitts & Nevis is empowered to diversify its economy.

“It is important for us to understand that the tourism sector is a catalyst for growth in several other sectors of the economy,” said Prime Minister Drew.

“Thus, the rebound in the industry has the potential to multiply throughout sectors such as wholesale and retail; transport; and storage and communication.”

Expansion of other sectors will create more jobs

In a comprehensive speech, the prime minister illustrated how more jobs will be created in St. Kitts and Nevis through the development of the six areas being targeted by his government. 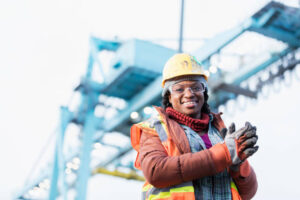 Construction is one of the key areas targeted for development and job growth.

He noted that construction plays “a significant role” in the nation’s economic development.

According to Drew, that sector alone contributes “on average, five percent to job creation and about 16 percent to GDP” in the country.

Additionally, he pledged his government’s commitment to “ensuring that the manufacturing sector is developed as a central pillar of our economy, serving as a greater contributor to economic growth”.

“In our government’s view, diversification of our economy is not optional,” Prime Minister Drew said.

“In fact, it is an essential pillar in the Sustainable Island State Agenda, where manufacturing is seen as a vehicle for transforming our economy, creating sustainable jobs and a credible source for earning critical foreign exchange.”

“Significantly” linked to the expansion of manufacturing, he said, are efforts to modernize agriculture and “enable it to make a greater contribution to economic growth, employment, food and nutrition security, and overall sustainability of our country”.