Resilient tourism sector, manufacturing, exports, education, diaspora all being looked at as the government seeks to create job opportunities in the new year

CASTRIES, ST. LUCIA — Prime Minister Philip Pierre said his government will be looking at ways to strengthen the economy not only through tourism but also through a number of other initiatives that will create opportunities and better jobs for residents in the months ahead.

“We have signaled our desire to create a business and commercial sector that will not only create jobs but will ensure a meaningful return on investment for all investors,” Pierre said during his New Year’s Day address to the nation. 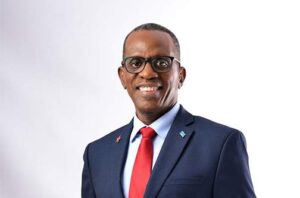 “I urge us all to resolve to work together with the public and private sector, unions, churches [and] NGOs so that we can achieve prosperity for the people.” - Prime Minister Philip Pierre

He also highlighted much-needed adjustments in the manufacturing segment, which he said “must be encouraged to produce acceptable products for local use and export”.

Foreshadowing possibilities for job growth or expansion via such exports, the prime minister said, “As we continue to battle with the economic plight of the banana farmers hoodwinked by a government that promised new markets in France, we will make a real effort to find markets for our bananas in the region and possible supermarket chains in England.

“Meanwhile, we are encouraging our farmers to grow high-value products like sea moss, soursop [and] cocoa. There are also opportunities in honey production. These crops can add value to our export potential.”

Such plans will coincidence with the government’s continued investment in tourism, with Pierre noting, “The investment potential for tourism projects is encouraging and we expect to announce new hotels and other investments in the new year.”

Job opportunities through education and diaspora

Pierre also spoke to efforts his government will undertake to bridge the skills gap that prevents young St. Lucians from being hired for high-skilled jobs.

A 3D puzzle rendered image with missing pieces in the center and the words "skill gap".

“In 2022, our education sector will also be called upon to begin making major shifts towards greater use of technology and greater infusion of technical, vocational and skills development,” he said.

“The private sector will be a key partner in creating opportunities that will seek to change the mismatch between education and the skills needed for the modern global workforce.”

Additionally, the prime minister hinted that an olive branch may be extended to include the children of second-generation St. Lucians as part of the diaspora as the nation seeks to “leverage far more the presence of our diaspora in our social and economic life”.

“I urge us all to resolve to work together with the public and private sector, unions, churches [and] NGOs so that we can achieve prosperity for the people,” he said.