Sugar’s not the only option, says Jagdeo in a push for economic diversification

GEORGETOWN, GUYANA — With “economic diversification” becoming a buzzword in the wake of the global COVID-19 pandemic that saw countless businesses close and the near-destruction of some industries in the tourism-dependent Caribbean, Guyana’s government is likewise looking into alternative options to generate income and secure gainful employment for its citizens, particularly those who were once employed in its illustrious sugar sector.

As much was said by Vice President Bharrat Jagdeo, who recently spoke of the government’s ongoing efforts to diversify the economy, with special emphasis on providing jobs for the scores of sugar workers who were once employed on GuySuCo’s sugar estates. 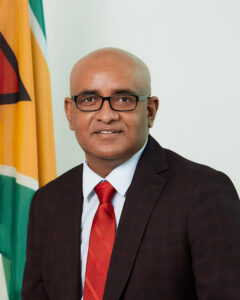 “So, the key idea was to ensure that first of all, we create alternative employment for people in the areas where we could not return to sugar that have now had closed their estates,” he revealed.

“Right now, there is a plan at Wales that — I spoke about that when I met with the laid off employees of GuySuCo — that will generate thousands of jobs…

“We’ve already seen many of the people who were working in GuySuCo absorbed into those activities and there will be new opportunities there.

“In Berbice it’s a bit harder, and we’ve had to return to sugar there because there are no other activities and it’s harder there to get investments into Berbice.”


Vice President Jagdeo further underscored that “it will mean a longer term return to viability if we can merge sugar with other economic activities on these estates, which we’re trying to do”. 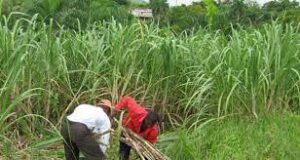 The vice president also zeroed in on GuySuCo, pledging to “strengthen” its management in the new year in an effort to revitalize economic activity as well as production.

“I informed the management and the union that early next year, we would be engaging the company to strengthen the management of GuySuCo,” Jagdeo said.

He added, “We also had earlier in the year a discussion about the different estates and how do we engage economic activities in these estates to return them to viability, and there are a diverse range of proposals for each of these estates.”