Trinidad Central Bank reports ‘weak’ employment conditions for most of 2021

PORT OF SPAIN, TRINIDAD & TOBAGO — Employment conditions remained “weak” in the first 10 months of 2021 as compared to before the pandemic, according to the latest Central Bank data, which noted that job advertisements published in print media were down a staggering 50.4 percent up to October 2021 as compared to the same period in 2019. 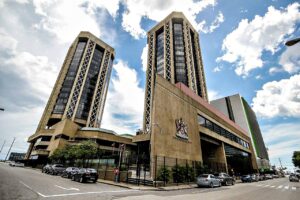 The Central Bank of Trinidad and Tobago. (Photo: The Habari Network)

“For the second half of 2020 and the first ten months of 2021, supplementary indicators used by the Bank to monitor overall labour market conditions, such as retrenchment notices, suggest that conditions remain weak.”

Although there were fewer job advertisements for the most of last year, the Central Bank also noted a marked decrease in the number of job losses or redundancies as compared to 2020, with 1,098 people losing their jobs in the first 10 months of 2021 while 2,517 people lost their jobs during the same time frame in 2020.

However, the Central Bank highlighted that the figures may not reflect those who lost jobs due to business closures. 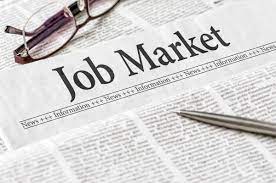 The Central Bank of Trinidad and Tobago expects labour market conditions to improve heading into 2022.

Despite the “weak” outlook in terms of employment for the most of 2021, the Central Bank suggested that job prospects may have already begun to improve as pandemic restrictions began easing toward the latter part of last year and heading into 2022.

It noted that most of the job losses recorded up to October 2021 were mostly in industries that faced near-shutdowns amid the pandemic but that were allowed to resume operations towards the end of last year.

“Although the country is still grappling with the fall-out of the third wave of the COVID-19 virus, several lockdown measures and the State of Emergency were lifted during the second half of 2021,” read the Economic Bulletin.

It added, “Amid elevated economic uncertainty, lifting of COVID-19 restrictions during the latter portion of 2021 would have been a favorable development for labour market conditions.”