150K Guyanese to be trained for lucrative coding jobs

GEORGETOWN, GUYANA — Hundreds of thousands of Guyanese residents will soon become qualified to take up IT jobs in Guyana — or abroad — thanks to a new training programme. 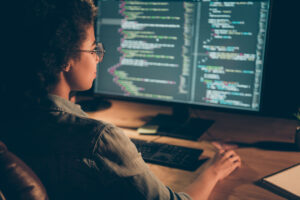 Some 150,000 Guyanese are set to join the lucrative coding industry.

Just as 2022 prepared to wrap up, the Ali administration, in partnership with the government of the United Arab Emirates (UAE) launched a training programme for coding.

The initiative is anticipated to equip some 150,000 Guyanese people — both students and adults — to pursue careers in the multi-million-dollar coding field.

Coders in the United States, for instance, easily earn upwards of USD$100,000 per year.

With the ongoing popularity of remote work, Guyanese coders could very well be able to find jobs outside of their own nation.

Further, the UAE government has committed to accepting the certification of Guyanese coders, opening another door of opportunity for successful participants.

More IT jobs in Guyana, Caribbean

According to a government statement announcing the initiative, the programme is in line with Guyana’s attempt to transform the nation into an IT hub.

Other Caribbean countries have likewise been eyeing this route as many nations look to diversify beyond tourism. 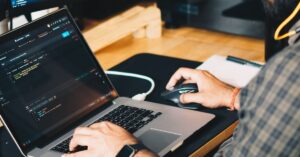 The Ali administration aims to transform Guyana into a tech hub.

In Barbados, for instance, a partnership with the Canadian government is enabling some 1,500 workers to be trained and hired for cybersecurity jobs.

Likewise, Belize’s digital economy recently received a significant boost in training and resources thanks to a USD$10 million loan from the Inter-American Development Bank (IDB).

Commenting on Guyana’s new coding training programme, Guyanese President Dr. Irfaan Ali said he hopes residents of other CARICOM Member States will be able to take advantage of the initiative.

The UAE has actually launched similar IT training programmes across 19 different countries, so it’s not far-fetched to suggest it may be coming to the rest of the Caribbean in the near future as well.

Ali commented, “This step is about you taking our country forward in 2030 and beyond, ensuring that you are competitive, resilient, functional [and] ensuring that we, as a country, have the tools that will take us forward, and our economy is among the strongest.”

He added, “That is why we are not only going to government schools and institutions; we have opened this up to the private sector.

“We want corporate Guyana to open your offices after work and welcome children from the community to be part of this programme utilizing your facilities.”