SVG and Jamaica in urgent need of teachers

KINGSTOWN, ST. VINCENT & THE GRENADINES — Some 40 teaching jobs in SVG have been opened and are expected to be filled shortly to make up for a shortage in the public school system.

This was revealed by Prime Minister Dr. Ralph Gonsalves, who said there was a “void within the system that must be filled.”

It also comes as teachers who are not vaccinated against COVID-19 have been recently allowed to apply for open positions. 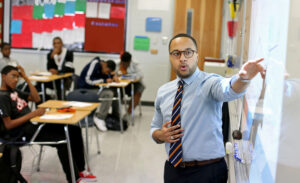 Teachers being approved for late pre-retirement and study leave has created a teacher shortage in SVG.

A government statement announcing the open positions noted, “Prime Minister Dr. Ralph Gonsalves has announced that an additional 40 relief teaching positions will be filled this week to buttress the overall teaching capacity.”

The prime minister himself also elaborated on the shortage.

“There was a budgeted number of relief teachers, and indeed there were numbers budgeted above what was anticipated at the time,” he said.

“But 25 teachers granted study leave pretty late clearly creates a void and we have to fill those.”

The government was said to be putting “formal instruments” in place to have the positions filled as quickly as possible, and ideally before the end of the week.

A wealth of teaching jobs in SVG, as well as Jamaica, have recently become available, with both countries facing teacher shortages to some extent.

In SVG, there had been some controversy over the matter as some teachers were previously removed from their positions if they refused to become vaccinated against COVID-19. 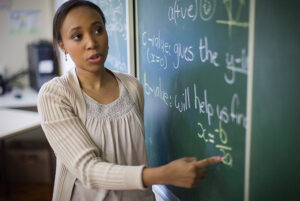 Jamaica is seeking to hire hundreds of teachers amid a shortage.

However, with pandemic-related restrictions easing across the world, the government last month invited those unvaccinated workers to reapply for teaching jobs and other positions within the education field.

This recent amendment should make it easier for citizens to apply for the teaching jobs available amid the shortage.

Additionally, it could make dozens of public sector jobs in SVG become available for unvaccinated citizens and residents.

Meanwhile, Jamaica was similarly looking to hire hundreds of teachers amid a shortage, albeit for different reasons.

In Jamaica’s case, increased instances of teachers migrating abroad to live and work overseas played a major role in creating a shortage.

Jamaican Minister of Education and Youth Fayval Williams said some of the shortages resulted from public school teachers transferring over into the private school system.