Another 1,300 interviewed in August for range of positions aboard Royal Caribbean cruise ships

PORT OF SPAIN, TRINIDAD & TOBAGO — A recent recruitment drive from a major cruise liner has contributed some 1,000 jobs in Trinidad to date, with more expected to come.

Royal Caribbean Group (RCG) has been conducting a “Seafarer Recruitment Initiative” in Trinidad & Tobago, with successful candidates being offered “both skilled and semi-skilled positions on their fleet of cruise ships”.

According to a statement by the government, hundreds of Trinidadians have already been offered positions since June.

With the second phase of the initiative recently concluding, the number of jobs is expected to increase even further.

“To date, close to 1,000 applicants have received letters of offer from the RCG for a range of positions, including chefs, housekeepers, inventory managers, restaurant attendants, bartenders and doctors.”

On top of the close to 1,000 jobs already secured in Trinidad, another 1,300 applicants were interviewed in the latest phase.

The government’s statement noted, “During the period August 9 to 19, 2022, approximately 1,300 applicants were interviewed virtually by a 19-member recruitment team.” 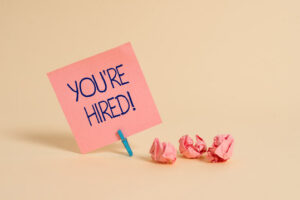 The applicants were contacted directly by Royal Caribbean to complete in-person interviews.

Successful applicants are then advised which cruise ship they will be dispatched to and in what position.

Additionally, the cruise liner covers the cost of necessary travel visas, airfare to board the ship at the appropriate international ports, as well as training, offering an attractive package for successful candidates.

Trinidadian Minister of Tourism, Culture and the Arts Randall Mitchell lauded the initiative for the number of jobs it has provided for residents.

“The ministry remains committed to doing our part to facilitate meaningful employment opportunities for our citizens as well as support initiatives that boost economic recovery,” he said.

Likewise, the government’s statement underscored, “The second phase of this recruitment drive continues to afford employment opportunities for hundreds of citizens within the tourism and hospitality services, food and beverage management and the medical field.

“The drive has also provided persons who were not able to participate in June a second opportunity at being part of RCG’s international brand.”