KINGSTON, JAMAICA — A newly launched programme funded by the European Union will help people with disabilities (PWD) in Jamaica to secure better jobs that will lead to a higher standard of living.

The Enabling Opportunities for Persons with Disabilities Project was launched just last week, becoming the latest of similar initiatives being undertaken in Caribbean countries. 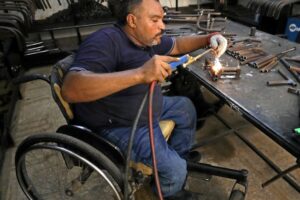 Some Caribbean countries have begun focusing on making sure their disabled communities get equal access to jobs.

This as governing bodies in the region turn their attention to providing better opportunities for their respective disability communities.

The new programme was launched just ahead of the International Day of Persons with Disabilities, recognized around the globe on Saturday, December 3.

Additionally, the initiative aligns with this year’s theme, “Transformative solutions for inclusive development: the role of innovation in fueling an accessible and equitable world.”

It also comes as the Disabilities Act, 2014, came into effect in Jamaica earlier this year.

With this act, the government of Jamaica said the “support of all stakeholders is needed to fast-track Jamaica’s pace of social development and inclusion for PWDs in all spheres of society…without fear of marginalization and discrimination”.

More jobs for Jamaicans with disabilities 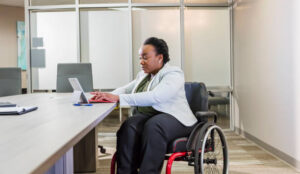 The new programme will provide skills training and psychosocial support to people with disabilities.

According to Jamaica’s Minister of Labour and Social Security Karl Samuda, “This new project will allow persons with disabilities in Jamaica to benefit from an array of education, skills training and psychosocial support.”

Expounding on that, an official government statement added, “The components of the project include…providing vocational skills training that will lead to the employment of hundreds of persons.”

The government also noted, “The project, which is being funded by the European Union, began in late 2021 and will span 24 months to meet six fundamental objectives in its quest to improve the lives of persons with disabilities in Jamaica.”

For his part, Minister Samuda emphasized the government’s support of the programme, saying it “welcomes and fully supports this initiative as it seeks to develop and provide opportunities for PWDs in Jamaica”. 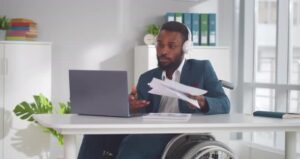 Grenada and The Bahamas have recently launched similar employment programmes for PWD.

This could mark the start of a promising new trend in the Caribbean of ensuring PWD have equal access to better job opportunities than they have had up to this point.

Such developments could likewise help to end the social stigma surrounding individuals with disabilities, including those with mental illnesses that may not be readily seen by the naked eye.

Meanwhile, this past summer, the government of The Bahamas pledged to launch a Public Service - Professional Engagement Programme that would likewise help PWD in The Bahamas secure jobs that will afford them a decent standard of living.