Reducing youth unemployment, promoting entrepreneurship among priorities for Montserrat in 2022

BRADES, MONTSERRAT — Tackling youth unemployment is among the priorities of the government in 2022, said Premier Joseph Farrell during his New Year’s Day address to the nation.

As he outlined a series of initiatives his administration plans to undertake this year to improve economic prospects, the premier announced, “During the upcoming year, your government will continue and commence the implementation of several projects/programmes.

“They include programmes that will help develop the evidence necessary to formulate policy and to advocate for Montserrat on a global level.” 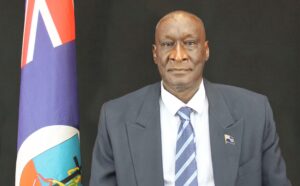 “With these initiatives, economic activity is expected to continue to be positive into 2022.”

Introducing the initiatives one-by-one, he began with youth unemployment.

“My government would have recognized the situation regarding youth unemployment and has taken steps to correct it,” Farrell said.

“We have continued funding for the youth programme, with additional capital funds provided to ensure a greater number of young persons are gainfully employed while learning tangible skills.”

Similarly, he said, the Enterprise Development Scheme has “seen many businesses and individuals benefit from much-needed training and guidance” and the government intends to take that even further this year as it seeks to increase “private sector entrepreneurial activity”.

“The first set of applications [is] being evaluated and there is still time for businesses that have not applied to submit applications and benefit from training and access to finance,” Farrell said.

He added, “The Enterprise Development Scheme continues to be rolled out and the impact should be felt into 2022.” 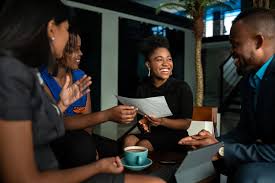 A group of young professionals.

Addressing youth unemployment and bolstering efforts to promote entrepreneurship are part of the government’s plans to strengthen overall economic resilience as it continues to “focus on projects that will facilitate resilient long-term economic growth while providing jobs and economic boost in the short to medium-term”, the premier said.

He noted that in addition to these initiatives, the government will also “continue to incentivize the construction industry through the allocation of housing lots, where possible, to allow for young persons to own their own home”.

Furthermore, Farrell said, “Through a new incentive programme, we will be encouraging Montserratians living abroad to invest in homeownership on island even though they are not ready to retire — be it direct built, buying or retrofitting.

“This initiative will create jobs in the private sector.”

He said that “with these initiatives, economic activity is expected to continue to be positive into 2022”, noting, however, that “this is a cautious outlook”.