SAINT GEORGE’S, GRENADA — The public service is set to undergo several improvements over the coming months as the government has committed to working with union heads to normalize certain major employment conditions, including contracts, job letters, salary adjustments and performance appraisals.

At a recent meeting between Prime Minister Dr. Keith Mitchell, government officials and representatives of the Public Workers Union (PWU), the prime minister said, “I think union leaders, just like leaders in government, have to ask themselves, ‘What will be my legacy?’ 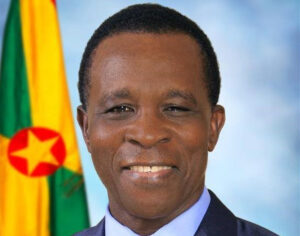 “In this case, recognizing that the system is bad, we have to work together to fix it and to secure the future of our youth.

“I take this opportunity to call on the union to also help us with the issue of performance appraisal and getting managers, their members, to understand the importance of it as we try to build a better public service.”

For his part, PWU President Brian Grimes, who was also present at the meeting, similarly expressed a desire to see the public service sector in the nation improved.

“We would like to see the Grenada public service as the number one in the Caribbean,” he said.

“Traditionally, trade unions don’t talk about productivity, but we would like to see regular evaluation of our people so that the Grenada public service will be the most outstanding in the region.”

According to a government statement providing more details into what kind of improvements can be expected in Grenada’s public service, the contracts of public officers was a major point of discussion.

The government of Grenada and the Public Workers Union (PWU) have a meeting on Tuesday, February 15, 2022. (Photo: GIS)

While the union allegedly urged the government to regularize the employment status of all employees, including contract workers, government officials did not seem to give leeway in that regard.

Rather, the government “assured the union that it has started the very tedious process of normalizing various matters pertaining to terms and conditions of work, including standardized contracts and job letters; salary adjustment upon contract renewal; the definitive appointment of persons holding acting and temporary appointments; and identifying undocumented workers”.

“While the details of many of the issues must be worked out,” the statement noted, “there is a general commitment by both government and union to work together in the interest of workers and increasing the productivity of the public service.”