KINGSTON, JAMAICA — Employees of West Indies Alumina Company have no need to fear whether the Russia-Ukraine conflict will disrupt their payment, although the organization’s parent company is based in Moscow, according to Union of Clerical Administrative and Supervisory Employees (UCASE) President Vincent Morrison.

UC Rusal Alumina Jamaica Limited is estimated to employ some 1,000 Jamaicans, who had previously run into issues with receiving payments when Russia faced international sanctions in 2018.

Now, more than a week since Russia invaded Ukraine on February 24, 2022, the country is again facing sanctions, this time from a multitude of nations the world over. 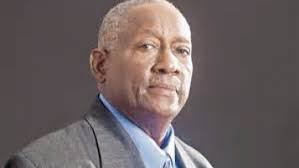 But Morrison said he spoke with senior executives who allegedly sought to assure him that there are “no problems”.

“We wanted to find out what are the concerns, what are the challenges that the company would have as a result of the sanctions arising out of the Ukraine war,” he said.

“The company was quite brief. They said they have no problems and that was the whole extent of the discussion.”

Morrison, who seemed appeased by the assurances of the executives, added, “I can’t take it further than I’ve heard from them. They say they don’t have any problem and that information was conveyed to the workers…”

No problems this time

The UCASE president highlighted that the union’s main concern was ensuring the employees received their payment and there was no repeat of 2018’s incidents.

“Our concern was really the question of payment to the employed,” Morrison stressed. 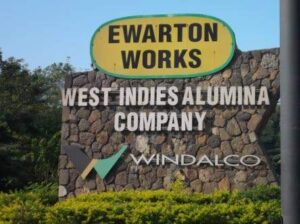 “You know, we have been through this before when the sanctions were imposed on them in 2018.

“It really affected the operation in getting financial flows from Moscow. We don’t know what is the difference now…”

According to Morrison, when this issue arose in 2018, the union had to contact an embassy to have it resolved.

As such, he said he was “happy” those problems will not reoccur this time around.

“What we did the last time,” he said, “we wrote to the embassy and we had a meeting with the senior persons there and we had to explain to them the problems that the company and the workers were facing.

“They couldn’t get their pay on time, their pay was in parts and all that. They had difficulty in getting raw materials.

“But I’m very happy to have heard them say they don’t have that problem now.”