Civil servants to receive back pay from June

NASSAU, BAHAMAS — Minimum wage workers in The Bahamas can look forward to earning a bit more on their jobs in the year ahead as the government has finally agreed to increase the nation’s minimum wage.

This comes after months of deliberation between the government, the National Tripartite Council and local unions. 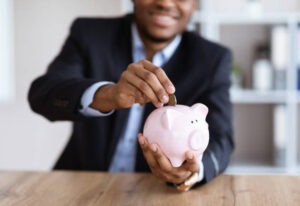 “Tonight,” he said, “I’m announcing that the country’s new minimum wage will be $260 per week.”

Local unions had originally pushed for a minimum wage of $300 per week, with the Bahamian dollar just about on par with USD.

However, the $260 rate seems to be the accepted compromise.

Further, some workers will have their new weekly wage backdated to this summer, giving them a nice boost ahead of the winter holidays.

Davis said, “For minimum wage earners in the public service, the change will be retroactive going back to July of this year.

“For minimum wage earners in the private sector, the increase will begin in a little less than three months, in January of the coming year, allowing employers time to prepare for the increased expense.”

Over the past year, there has been a consistent trend of Caribbean countries either increasing minimum wage for the public or private sector, establishing new minimum wages or announcing their intention to undertake either of these initiatives in the future.

Jamaica, Trinidad & Tobago, St. Kitts & Nevis, Bermuda, Guyana and Anguilla were all among such Caribbean nations, along with others. 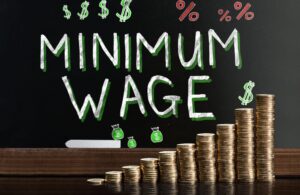 Several Caribbean nations have made changes to their minimum wage in recent months.

Most of its regional counterparts cited rising global inflation, along with the financial difficulties brought on by the COVID-19 pandemic, as the main reasons for considering minimum wage changes at this time.

Like The Bahamian government, most Caribbean governing bodies spoke of trying to help residents cope with the increasing cost of living.

However, Bahamian Minister of Economic Affairs Michael Halkitis previously suggested that the country is also considering a livable wage.

This summer, he noted that even $260 per week fell short of the $600 per week living wage recommended in a study undertaken by the University of The Bahamas.

In the interim, the minister also said a minimum wage increase for private sector workers is also under consideration.