Labour Minister: We want even the poorest to have a decent quality of life

SAINT GEORGE’S, GRENADA — More Caribbean nations have picked up an ongoing regional trend of broaching the topic of minimum wage in recent times, boding well for the region’s workers in a particularly challenging economic period.

Just recently, Grenada became among the latest to commence action aimed to increase the wages of the country’s lowest-earning workers. 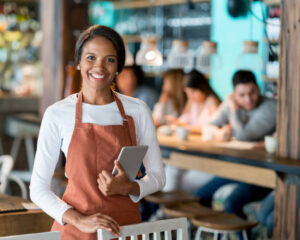 The minimum wage may also be expanded to include more categories of workers.

Grenadian Minister of Labour and Legal Affairs Claudette Joseph confirmed her government has decided “to review and make recommendations for the adjustment in the minimum wage payable to workers” in specific categories.

“But I would like to expand that,” Joseph said, “to have [the Minimum Wage Committee's] mandate include giving advice on whether the minimum wage itself should be updated to embrace other categories of workers.

“Also any other recommendations that can be made to help in this regard with the relationship between worker and employer."

Better opportunities for jobs in Grenada

Many of the Caribbean countries that moved to increase, implement or other discuss minimum wage in recent times have cited the rising cost of living as their primary motivation.

Many Caribbean nations have been discussing minimum wage increases recently.

Regional leaders and governing bodies have said the minimum wage changes intend to ease the economic burden of citizens and residents, following an economically tumultuous two years caused by the COVID-19 pandemic.

In Grenada’s case, the labour minister conveyed the government’s intention for all citizens to be able to make a decent living no matter their earning level.

This, Joseph said, is in an effort to ensure “greater economic independence of all people; opportunities for wealth creation — that goes for employers and employees; and a better standard of living for all.”

“We would want to become a nation where the people who are classified as poor still enjoy a decent quality of life, with a decent roof over their head and the ability to comfortably meet their living expenses, to comfortably have their children educated,” she said.

Minimum wage in Grenada has not been addressed for more than a decade. It currently stands at between EC$4.50 and $8 per hour, depending on occupation — the equivalent of about $2-$3 USD.