Is the Caribbean moving towards a trend of raising the minimum wage?

Bermuda, Jamaica, Guyana, Anguilla, The Bahamas among Caribbean nations to either implement or suggest minimum wage changes to come

HAMILTON, BERMUDA — There could be a “minimum wage fever” on the horizon in the Caribbean region as, in just the past few months alone, several of the region’s governments have either suggested or outright stated their intentions to take a close look at this matter.

Among the latest of the region’s leaders to speak to this possibly was Bermuda’s Minister of Economy and Labour Jason Hayward.

Speaking on the occasion of International Workers’ Day, also known as May Day, Hayward said, “The Ministry of Economy and Labour is committed to ensuring social justice and fundamental rights at work and is steadfast in its obligations to the workers of this country.

“Working in consultation with the unions and employer organizations, the ministry is conducting a targeted review of the Employment Act 2000.

Turning his attention to minimum wage specifically, Minister Hayward added, “The ministry is currently reviewing the implementation of a statutory minimum wage that will enhance the lives of those workers considered low-income earners and ensure that all workers will have access to a fair and decent wage.

“The ministry continues to support the Wage Commission as it concludes its comprehensive review of a living wage for Bermuda.”

Implementation or increase of a minimum wage in respective Caribbean nations could have a phenomenal impact considering the prevalence of low-earning households. 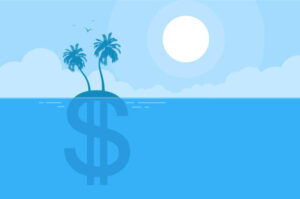 The governments of Bermuda, Jamaica, Guyana, Anguilla and The Bahamas have all spoken to the question of minimum wage in recent months.

However, the region’s struggle with the informal job sector has been widely documented and remains a concern.

A national minimum wage alongside other employment initiatives might help those who do become employed to eke out a sustainable living.

At the beginning of this year, Anguilla’s premier promised that minimum wage legislation is on his administration’s agenda; while just the month prior, The Bahamas’ prime minister likewise hinted at minimum wage talks to come.

As such, it would not be unusual to see neighbouring Caribbean nations make similar pronouncements in the near future.