Jobs in Bermuda about to be among world’s highest-paying

HAMILTON, BERMUDA — A new statutory minimum wage set to take effect next year means jobs in Bermuda will become among the highest paid in the world.

This was announced by Minister of Economy and Labour Jason Hayward as dozens of countries in the Northern Hemisphere recognized Labour Day on Monday, September 5.

According to the minister, Bermudian workers can have something to look forward to in the government’s “human-centred approach” to “ensuring that a fair day’s wage is paid for a fair day’s work.” 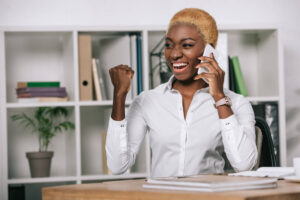 Bermudian Minister of Economy and Labour Jason Hayward said the minimum wage is to ensure “that a fair day’s wage is paid for a fair day’s work.”

“Designed to be a statutory wage floor,” said Hayward, “it is proposed that Bermuda's minimum wage will be set between $16 and $16.40, which will be considered one of the highest in the world.”

That is no small amount as Bermuda’s dollar is on par with the US dollar — and even that country has a minimum wage of just $7.25, although some states set a higher amount.

In contrast, Australia’s minimum wage — widely believed to be the world’s highest — is set at between $14 to $18 USD.

However, some tip-earning jobs in Bermuda will have a different rate.

Minister Hayward specified, “Hospitality workers who receive tips and gratuities and personal care workers who primarily receive remuneration through commission will have a minimum wage set at 75 percent of the ordinary minimum wage, equating to a fixed rate of between $12 and $12.30.”

Additionally, the government noted, “The minimum hourly wage rate that will come into force on 1 June, 2023, will include an inflation adjustment using the 2022 annual average.”

This makes Bermuda one of the latest Caribbean nations to move towards either implementing or increasing their respective minimum wages within the past year.

Livable wage in the works

But jobs in Bermuda may get another wage bump once a livable wage is implemented, with the government indicating those talks could be completed by the end of this year. 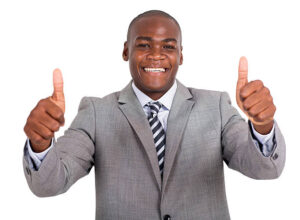 The Bermudian government is also considering implementing a livable wage.

“The Commission has advised that a recommendation on the living wage will be provided to the minister by the close of 2022.”

For his part, Minister Hayward said these wage talks demonstrate how “this government continues to demonstrate its commitment to workers.”

“Now more than ever, it is crucial to establish a minimum wage to ensure that all segments of our society have access to their basic needs…” he asserted.

“Although more work must be done to achieve a living wage rate for Bermuda, this is a monumental step.

“Workers will now be assured a respectable and decent wage, as it sets a basic standard for all employers when hiring staff for their businesses.”

The Government of Bermuda’s position paper: “Establishing a Minimum Wage in Bermuda”