HAMILTON, BERMUDA — Achieving a balance between immigration and the local labour force is a major challenge for Bermuda, according to Minister of Labour Jason Hayward.

“As it pertains to our challenges, it’s ensuring that we have that appropriate balance — that the policies we put in place are actually measured, but that we ensure that we try to get the companies that are on island the talent that they require based off of the demand of skill sets they need, but also ensuring that we do not displace our locals out of the workforce and from opportunities, whether it be land, business development or workplace opportunities,” the minister said during a recent Territories Talk panel. 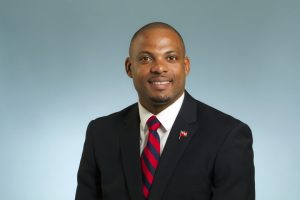 He added, “The pandemic has added a new level of complexity as we see contractions in our job levels across the board and also the inability of individuals to freely move as much as they were able to transit and travel in the past, and so that is presenting also a unique challenge in terms of companies getting the required skill sets landed on island that they require.”

But for the Cayman Islands, at least according to Inspire Cayman Founder and political aspirant Michael Myles, the issue is a matter of prioritizing the local labour force over foreign hires.

Hayward agreed with prioritizing the local labour force, stating, “It is about putting the local population first and ensuring that we are not just raising a generation of employees but we’re also pushing persons into becoming employers and entrepreneurs.” 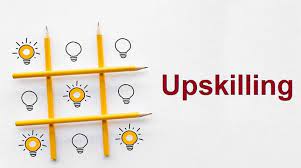 A concept image showing the word “upskilling” an images of lightbulbs.

However, he also addressed the frustration some Bermudians feel when they are able to secure employment but never progress past a certain management level where an “invisible ceiling kicks in”.

The labour minister said, “That brings a level of frustration within the country, when you can directly see through our statistics the wage disparity between Bermudians and non-Bermudians and also amongst different demographic groups.”

That particular challenge could be addressed by upskilling, however, Myles suggested as he opined that one of the Cayman Islands’ major challenges is “upskilling our people to take the jobs that our…industries are creating on a regular basis”.

Visit Caribbean Employment Services today to find career opportunities in Bermuda, the Cayman Islands and across the Caribbean region.

For more employment-related news, guides and updates, visit CaribbeanEmployment.com and follow us on social media.