Despite rapid economic rebound, the Caribbean’s not out of the woods just yet

BRIDGETOWN, BARBADOS — As the Caribbean continues its rebound from the COVID-19 pandemic, a major global financial organization is urging the region to focus on skilled labour to help that recovery along.

The International Monetary Fund (IMF), in its most recent economic outlook for Latin America and the Caribbean (LAC), acknowledged the region’s continued recovery from the throes of the pandemic. 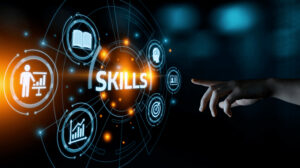 The IMF suggests that increasing skilled labour could help the Caribbean's recovery along.

The IMF granted that said has been quicker than expected — something Caribbean Employment Services Inc. CEO Joseph Boll says bears witness to the region’s extraordinary recovery in the most unprecedented of times.

However, it also cautioned that tourism-dependent countries, of which many Caribbean nations are, are not out of the woods just yet.

Rather, the IMF suggested the region’s governing bodies make targeted efforts to help the recovery along.

These measures included increasing its supply of skilled workers, supporting increased productivity and reducing informality, among others.

More skilled jobs in the Caribbean

Especially in the fallout of the COVID-19 pandemic, many of the region’s countries increased their efforts to train citizens to qualify for skilled jobs in the Caribbean.

Tourism-dependent nations in particular were hard-hit by the pandemic, which nearly ended worldwide travel and the tourism industry along with it. 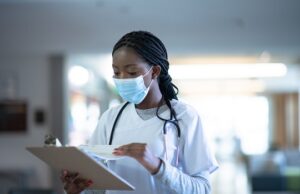 Skilled workers, including healthcare workers, have been in high demand in the Caribbean and throughout the world.

At the same time, certain categories of skilled workers — including and especially healthcare workers — became increasingly in-demand not just in the region but in many major world powers, such as the United Kingdom.

This is precisely along the lines of what the IMF suggests.

“Bolstering human capital accumulation (particularly through high-quality investment in digitalization, basic education and vocational and technical training)…will be key to reducing skills mismatches in the region, supporting productivity growth and limiting the scars from the pandemic,” the organization noted.

The IMF cautioned that “tourism-dependent Caribbean economies still lag other subregions as tourism is yet to return to pre-pandemic levels, despite the accelerating rebound”.

As such, the IMF said, “Tackling the region’s longstanding productivity underperformance relative to other emerging markets and advanced economies will be crucial to boosting potential growth and making the region’s economies more resilient.”