SAINT GEORGE’S, GRENADA — The government has set its sights on the orange economy as a target for expansion and job growth in the coming months.

This was recently revealed by Minister of Economic Development Lennox Andrews as the newly elected Mitchell administration prepares to make its budget presentation later this week. 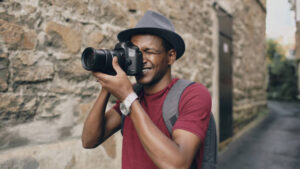 Grenada plans to harvest the "strong creative potential" of its citizens for economic growth.

Minister Andrews described the strong creative potential of the nation, remarking that it’s a field ripe with employment opportunities for young Grenadians.

“This emerging sector is filled with possibilities for our citizens, especially our young people,” he said.

“By investing in the creative industries, we can ensure that our people are well-positioned and equipped to capitalize on the many benefits this sector has to offer.

“The effective management of creative industries also allows us to leverage the abundance of talent and skill that Grenadians possess to produce competitive products and services that can be exported internationally.”

Expounding on the government’s plans for the orange economy, an official statement advised, “The government of Grenada has identified the creative economy as one of five priority areas for the period 2022-2027, given the rapid growth of the sector in recent years and its potential for quality job creation and export earnings in Grenada.” 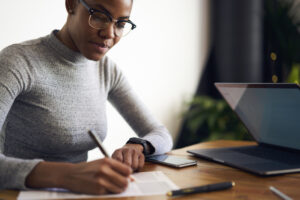 The orange economy is believed to be “a new engine of economic growth”.

According to the government, the orange economy is “fast becoming a new engine of economic growth in many countries”.

“Valued at over $2 trillion in 2019, the sector contributes just over 6.1 percent to global GDP, averaging between two percent and seven percent of national GDPs around the world.”

To capitalize on this, Grenada has appointed Orlando Romain as its official advisor for the creative economy.

For his part, Romain gave a closer peek into exactly how the Grenadian government plans to create jobs in the orange economy for citizens and residents.

“We are in the process of laying a solid foundation to ensure the success of the creative economy in the years ahead,” he sought to assure the public.

“Our first order of business is the establishment of the Grenada Office of Creative Affairs (GOCA), which will drive the work needed to structure and build the creative industry.”

That office, Romain said, will be primarily responsible for supporting the local orange economy in a wide variety of ways.