KINGSTON, JAMAICA — Nearly 1,400 workers in the orange economy whose livelihoods were impacted by the coronavirus pandemic are set to receive a one-time payment of $60,000 from the government.

The orange economy, also known as the creative economy, includes professions such as singers, comedians, entertainers and artists, among a vast range of others. 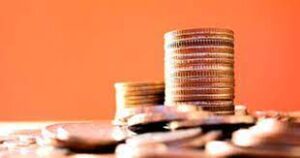 The orange economy is full of economic potential.

Amid the global COVID-19 pandemic that saw a near shutdown of tourism, upon which many Caribbean nations rely, often unpredictable lockdowns and other restrictions on social gatherings, workers in the orange economy the world over have suffered a severe blow as many have been unable to perform or otherwise provide services.

But thanks to the Jamaican Ministry of Culture, Gender, Entertainment and Sport’s Entertainment, Culture and Creative Industries (ECCI) COVID-19 grant, some 1,400 of such workers now have a financial boost to help as they get back on their feet.

According to the government, “The ministry announced the opening of applications for its ECCI COVID-19 Grants on December 17, 2021.

“Since then, it has received nearly 1,400 applications from a wide cross section of entertainment, culture and creative industries practitioners, including sound system operators, musicians, singers, sound engineers, stage hands, film and video producers, writers, journalists, among others.”

Over $19 million in grant payments to orange economy workers 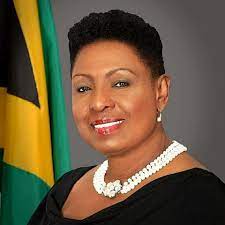 Providing further details on the grant programme for orange economy workers, Minister of Culture, Gender, Entertainment and Sport Olivia Grange said, “We anticipated about 1,000 applications for the individual grants of $60,000 each to members of the entertainment, culture and creative industries.

“We’ve had a very good response in a very short time and we have now surpassed our target for applications.”

She added, “Up to [Friday] afternoon, 331 members of the entertainment, culture and creative industries had already received their grants, which means that so far, we’ve paid out more than $19 million.

“By Wednesday, an additional 170 people should see the grants in their accounts. That would take us to 500 paid out, and then we would have another 800 or so applications left, with the majority of those already processed and have met the criteria and will be awarded grants.”

The grant programme is also expected to benefit organizations in the entertainment, culture and creative industries, however, Minister Grange will announce further details pertaining to that at a later time.