FREEPORT, BAHAMAS — Some 1,000 direct jobs and hundreds more indirect jobs are about to be created on Grand Bahama as Carnival Cruise Line prepares to officially open a cruise port on the island. 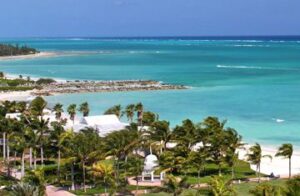 Grand Bahama, The Bahamas, has been in need of steady jobs for its residents.

Grand Bahama, just one of The Bahamas’ 700 islands and cays and its second most populated, has remained economically challenged for years.

The nation’s government has struggled to find and retain the kind of business and investment activities that would get the island affectionately called The Bahamas’ “second capital” back on its feet and bring Grand Bahama jobs and opportunities that have been much-needed.

With Carnival Cruise Line opting to launch a cruise port there, promising to bring jobs and economic activity, The Bahamas has hope once again for a positive turnaround on Grand Bahama.

Thousands of jobs for The Bahamas 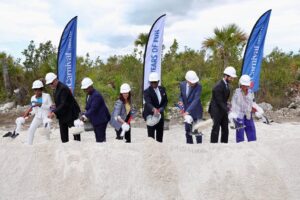 Carnival Cruise Line has officially broken ground on a new cruise port that is expected to create thousands of jobs for Grand Bahama, The Bahamas. (Photo: Office of the Prime Minister of The Bahamas)

In a statement, the government explained, “The government of The Bahamas, Carnival Cruise Line and Grand Bahama Port Authority worked together to bring this project to life.

“The $200 million port investment is marked to bring about 1,000 permanent jobs for Grand Bahama, entrepreneurial opportunities and hundreds of construction jobs for skilled labourers.

“The new Carnival Cruise Port will provide an economic boost for the people of Grand Bahama and a high-quality experience for their visitors.” 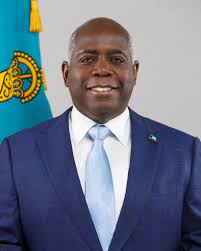 Prime Minister Philip “Brave” Davis lauded the many job opportunities that will be created alongside the Carnival Cruise Port on Grand Bahama.

He said, “With the start of this Carnival project, Grand Bahama is now on the better side of reaching its true economic potential.

“This investment will provide much-needed jobs, but will also signal new hope for the island’s recovery.”

For her part, Carnival Cruise Line President Christine Duffy said her organization is looking forward to continued partnership with The Bahamas and the mutually beneficial economic success to be garnered from it.

“As we celebrate our 50-year partnership with The Bahamas,” said Duffy, “today's groundbreaking on our incredible new Grand Bahama destination represents an opportunity to collaborate with the government and people of Grand Bahama — to contribute to the local economy through job and business opportunities and further expand our experience offerings for our guests, who will have a breathtaking new port of call to enjoy.”