KINGSTON, JAMAICA — Employees in Jamaica’s public service have been assured they will be paid under an updated salary structure just in time for the holidays.

So says Minister of Finance Nigel Clarke, who advised that the government is making every effort to “facilitate the payment of salaries to public sector workers under the new compensation system by Christmas”. 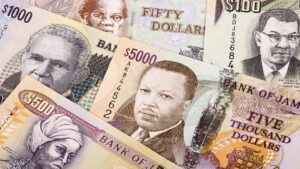 Jamaica's government has promised public sector workers will be paid more under the new compensation structure.

The compensation overhaul has been long-awaited, with the government slowly progressing on the development since last April.

Addressing this, Minister Clarke said the government is “working towards ensuring” that any public worker who agreed to the compensation overhaul will “receive payments of the amounts owed under this new compensation agreement”.

He also sought to assure those workers “that those amounts are received in December” and that they will be backdated to April 1, 2022, when the government first began movement on this initiative.

Jamaica is just one of several Caribbean nations that have moved to update salaries for working citizens and residents over the past year.

Many neighbouring countries implemented wage increases or minimum wage hikes for either public or private workers, with most governing bodies citing the increasing cost of living as the primary reason for the increases.

For nations that moved to enhance the salary of public workers, most spoke to the need to improve services offered in the public sector. 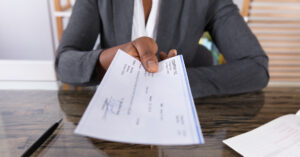 Public sector jobs in Jamaica will soon operate under the new compensation scheme.

Jamaica was no exception in this regard. While the country did raise its national minimum wage earlier this year, the compensation overhaul was a separate initiative undertaken.

The move initially sparked concern as some workers worried whether their salaries would be decreased as a result of the changes.

However, back in May, shortly after the structure change process began, Minister Clarke promised that “no public sector employee will be worse off” after the change.

In fact, he claimed that most employees will be getting paid more, and that better service will be expected of them as a result.

At that time, some public sector workers engaged in a four-day strike in an effort to increase pressure on the government to implement the new salary structure.

As such, Clarke this month asked for “cooperation” as the government prepares to finally launch the new compensation scheme.

He noted that 15 workers’ unions have already agreed to the new structure, with only a few groups such as the teachers’ union and police union yet to sign on.