KINGSTON, JAMAICA — Brain drain continues to present a major challenge for the Jamaican government, said Minister of Finance and the Public Service Nigel Clarke recently, with a low level of pay being cited as a major contributing factor.

Clarke told Parliament, “I believe it is worth reminding this honorable House and the country at large that Jamaica has a serious problem of our skilled and educated graduates migrating overseas to seek better economic opportunities.

Poor compensation has been directly tied to brain drain being experienced in Jamaica.

“In fact, the human flight and brain drain index, where zero is low and 10 is high, in 2021 ranked Jamaica as a nine.”

Clarke also pointed to the government’s own studies of resignation data for two public sector entities, including a ministry and a governmental department.

“In the case of the ministry, between 2017 and 2021, 44 exit interviews were conducted and 30 of the individuals who resigned did so because they were dissatisfied with their compensation,” Clarke revealed.

“In the case of the government department, between 2016 and 2020, there were 214 resignations and, of that number, 209 individuals indicated that poor compensation was the reason for their resignation.” 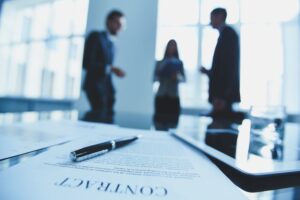 As such, Minister Clarke lamented that poor compensation in the public sector has negatively impacted the government’s ability to attract and retain talent, further adding to the brain drain woes of the nation.

However, he said a new compensation structure being rolled out by the government as of April 1, 2022, will hopefully change this trajectory.

“It is generally agreed that public sector compensation is not competitive,” the minister acknowledged.

“Public sector compensation, as currently constructed, hinders the government’s ability to attract and retain talent in the public sector.

“Those who serve in the public sector do so mainly out of service to country, and you will hear the comments from time to time that they are subsidizing government operations.

“In this regard, trade unions have been advocating for decades for better wages and conditions for public sector workers.”

Clarke added, “In addition, there are technical, analytical and managerial posts that cannot be filled or take months to be filled because of just how uncompetitive the compensation is.

“The picture is clear, and as a government, we cannot continue to ‘kick the can down the road’ and not address this and other challenges facing the public sector.”